Why I Teach Africa Before America 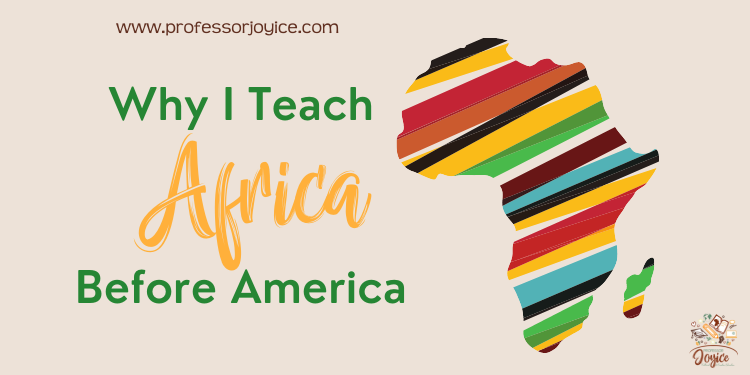 We school year round here and my youngest son’s current curriculum is coming to a close. His next history program will address United States History from Colonialism to the Underground Railroad. Unfortunately, this means slavery. While I’m careful to tread lightly, teaching what a typical 7 year old can handle, it’s impossible to teach this era and leave slavery out. Well you could, but it wouldn’t be history then, would it? I have no issues with teaching him the history of our nation; however before we begin we’re taking a 14 week virtual trip to Africa. Why, you ask? Well, for starters, chronologically it makes sense. 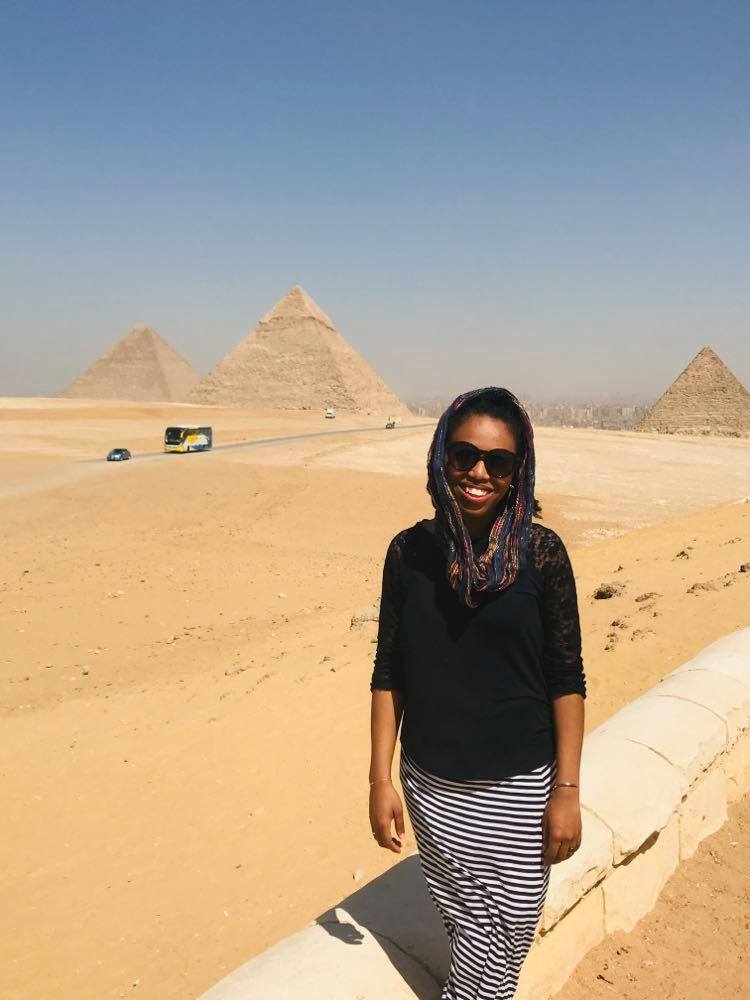 I recently viewed a TED Talk by Chimamanda Ngozi and she spoke about the concept of the “Single Story.” It was refreshing and powerful and right on time. I do not want my son to see anything one-sided, especially not something as deep and painful and real as American Slavery. It’s time to tell the whole story. 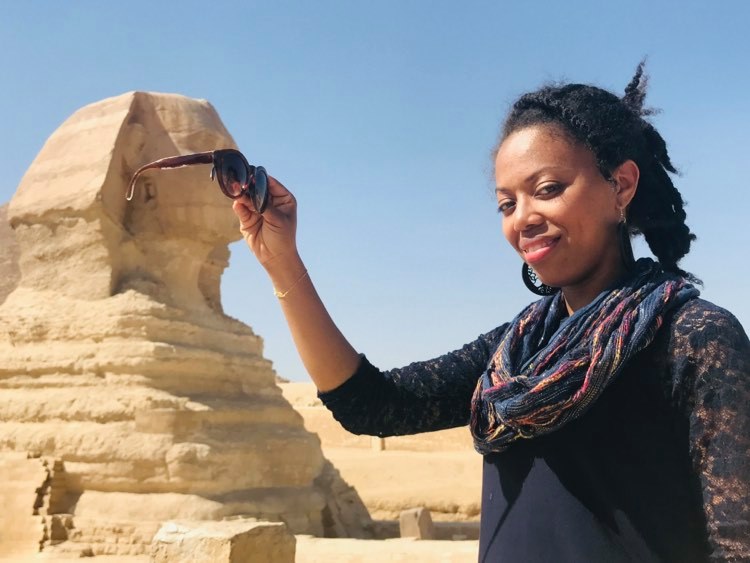 The United States, as we know it today, began first with Europe learning about the land, then some colonization, and later a trip across an ocean to Africa to purchase slaves. (There’s some events in between but this is gist.) So then, it is fair to say, that if I teach an American History course, at the beginning, the first knowledge of “Blacks” would be the ones we see chained and enslaved. In 1619, the first group of Africans were shipped over to settle near Jamestown, VA. In 1624, a couple from that group, Anthony and Isabell, gave birth to William Tucker. He is credited with beginning the African American people, as he was the first African born on “American” soil. So, teaching the early American History course would place my son’s introduction of Black people, at least in America, in slavery–something I do not want to do.

To spare my sons the introduction of Blacks as slaves, I like to back up just a bit and teach him Africa. In fact, today I’m sharing a few reasons NOT to introduce children to early American History (also “Black” American History) as their first knowledge of this people group. 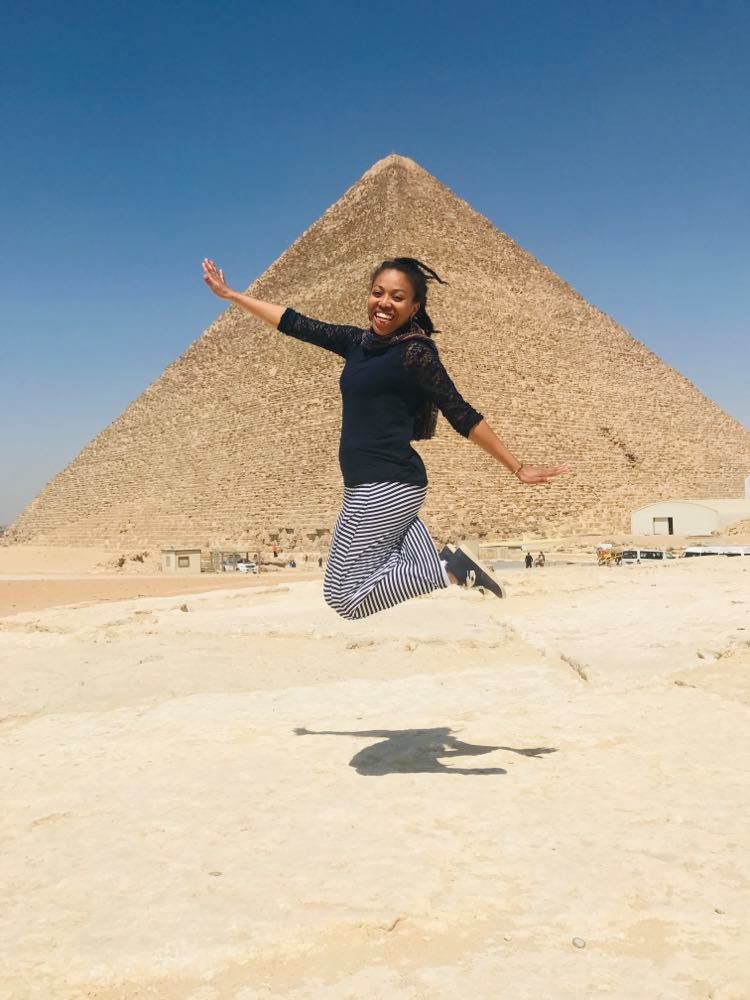 Once you become aware of slavery, it stays with you. It was that horrific. Even the mildest definition, for the youngest of ears is not pretty. I do not want my son’s (or any other child for that matter) first introduction of Blacks to be about slavery.

American slavery has hate to attached to it. While I cannot control how any African child (including my own) will emotionally respond to their view of American slavery, I do not want to “teach hate.” Though it’s coming around sooner or later, viewing your people in the chattel view first can likely manifest a propensity to build a hate against Whites.

American slavery portrays Blacks (especially men) as powerless, inferior, and simple and I just can’t allow this to be their intro. I want my sons to see Africa first. The men were kings, rulers, leaders, fathers who were skilled, handy, and strategic. The women were queens, leaders, and mothers, who were sharp, intuitive, and strong. American slavery doesn’t do a great job of portraying this reality. I do not want them to believe slavery is where they came from. We did not come from slavery. Slavery happened to the African people but it is not who we are.

Sometimes, when we begin American History (or the beginning of African American History) children have the tendency to think that the Black people began here on US soil. Well, we didn’t. I don’t want my sons to indirectly believe this untruth.

Once we begin American History, lots of inventions, events, and contributions take place as America begins to take root and grow. Lots of men and women become well-known and praised for their works. Many times, the works and ideas of Africans were taken from them and passed along to others. I cannot do anything about the “wrong man” being credited, but I can go back and show my sons that long before so-and-so was known for this or that, this African, had it before. I want him to leave American History knowing that African Americans were {and are} valuable to this nation, and not just in their enslaved state.

So before we dive into the year of 1565 or 1619,  we’re studying Africa. It’s important that my sons see Africans prior to American slavery. Then, we can examine slavery as an event and not as an identity, which is my true heart of the matter, that my sons do not grow up believing that American slavery or an enslaved condition is WHO they are.